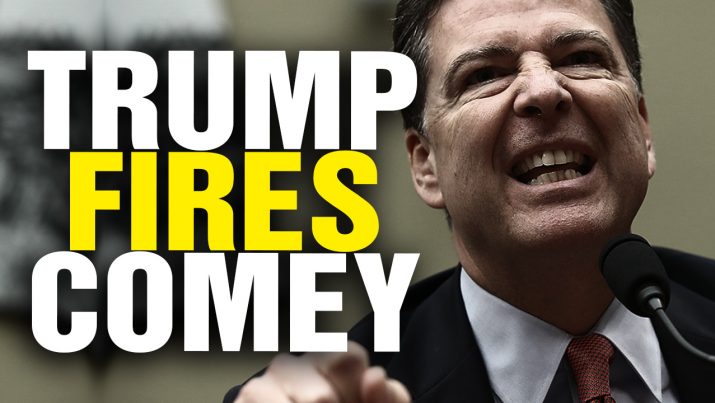 After President Trump fired James Comey, Democrats went INSANE. Not only did James Comey deserve to be fired, he probably deserves to be INDICTED!

Podcast Transcript: “The democrats are going are insane over Trump’s firing of FBI head James Comey. Welcome to the Health Ranger Report. My name is Mike Adams, the Health Ranger. So, they’re acting like it’s an abuse of power to fire somebody. I think Michael Moore tweeted that, ‘It’s an abuse of power.’ He wants to hold the election over again now. ‘Redo.’ Do the democrats not know that when Obama came into office in 2009 that he fired the entire Bush regime. I mean hundreds of people were fired from the department of justice, the state department…”