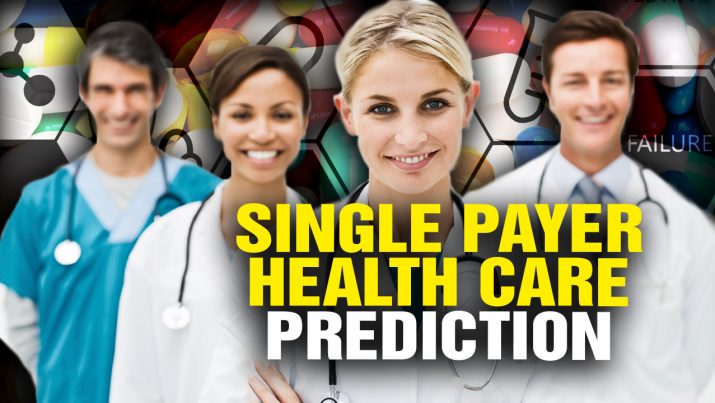 The Health Ranger explains why it now seems inevitable that the U.S. health care system will devolve into a government-run system (socialized medicine) in the next 4-6 years.

Podcast Transcript: “The health care system is of course a hotly debated topic. I’m going to say something quite surprising to many of you – especially if you have followed my work for many years. I’ll make a prediction and perhaps even a suggestion, but lets start with the prediction side. We are going to end up with a single payer system in less than four years. That’s right! We’re going to have a government-run socialized health care system – I can’t even call it health care. It’s more like sick care, chemical medicine and surgery. But it’s going to be run by the government. We are going to end up there very, very soon. ‘Now why is that going to happen? Is it good? Is it bad? How does it impact you?’ Because of the ACA – the Affordable Health Care Act passed under Obama – most of the Left leaning members of the country have become convinced that health care is a right that health care must be paid by the government. Anyone who attempts to take it away in any way – by taking it away, I mean get the government out of the business of health care – they are accused of killing people, being cruel, murdering children … they are accused of everything imaginable. No one dares ask the question, “Should the government be running the health care system in the first place?” Listen to the full podcast below:

Learn more at HealthCoverage.news or Medicine.news

Why the health care system will end up as SINGLE PAYER (socialized medicine) from NaturalNews on Vimeo.