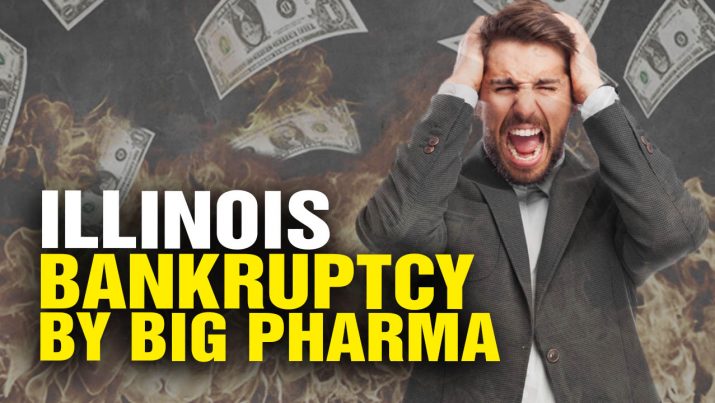 The Health Ranger explains why it’s actually Big Pharma and its drug monopolies that are bankrupting Illinois and other states.

If you really want to financially save cities, states and nations, you have to end the profiteering monopolies of the pharmaceutical drug cartels.

Podcast Transcript: “You want to know the the state of Illinois is financially imploding? The answer is Big Pharma, the drugs companies and sick hair industry. That’s what’s bankrupting the state. Almost nobody is really talking about this. I don’t know why people don’t see the numbers. Did you know that right now, throughout the year of 2017, Illinois has been paying 1 billion dollars a month in medicare fees, medicare payments. This is because it’s owed a lot of back payments on medicare service providers such as hospitals, drugs companies, doctors, clinics and so forth. It’s been ordered by the court to try to catch up on that and it’s been paying literally a billion dollars a month. Just the state of Illinois. Just last Friday another court decision ordered it to pay another 586 million dollars that it owes in medicaid related fees. The pension promises often include health care coverage also. So, the pensions that are bankrupting the state also have a health care component, so it’s not just medicaid but also the pensions. Look the bottom line is – and I’ve said this before many, many times over the years – that no nation can afford to pay all of this money to keep it’s population sick. And Illinois is starting to find out what happens when you try to do that year after year after year. Our government, instead of teaching people how to be healthy or prevent disease…” Listen to the full podcast below:

Illinois BANKRUPTCY caused by BIG PHARMA! from NaturalNews on Vimeo.