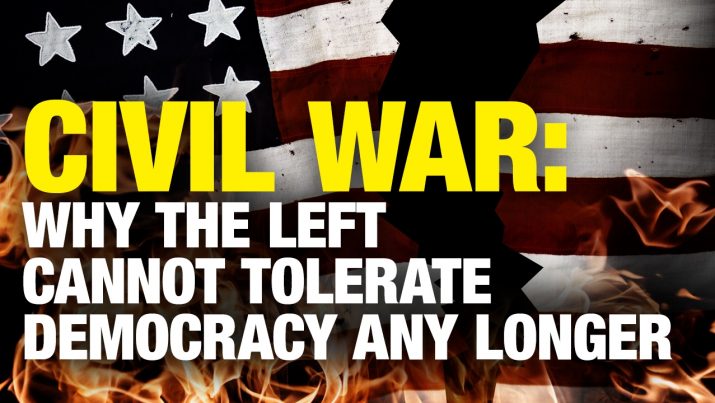 The Health Ranger explains why America is rapidly plunging into open civil war as the intolerant, enraged Left goes insane.

Podcast Transcript: “Told you this was all going to a civil war … Now with the events in Charlottesville Virginia, it’s more apparent to almost everyone that this probably breaks down into a civil war in one way or another. Just to briefly describe the Charlottesville event of 2017 August. The event featured Right-wing people protesting against the effort to take down, I think a statue of General Lee, who was of course the most famous general of the Confederate Army. Of course, the Left has become an intolerant group of bigots and racists themselves who can’t tolerate history. So they want to memory hole all the history of the South, which the people on the Right see as basically a cultural genocide against their history, their heroes and their memories. But the Left demands that … well the Left also actually wants to execute all white people. They think that being white is bad, that all men are rapists and that heterosexuals are bad … That everybody should be a non-white transgender…” Listen to the full podcast below:

CIVIL WAR: The Left cannot tolerate democracy any longer from NaturalNews on Vimeo.