Mainstream Media TRYING to Start a WAR in America (Video) 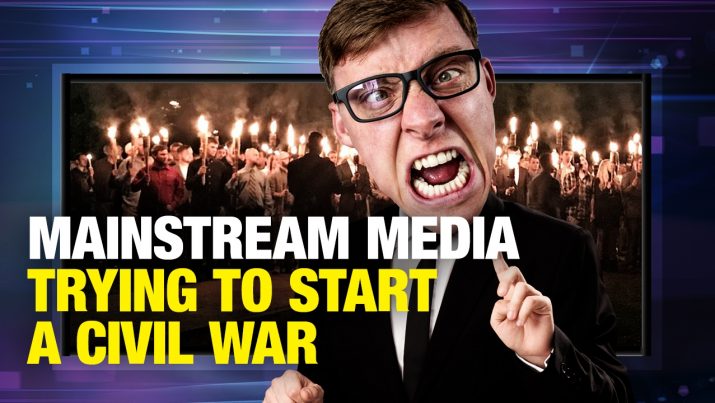 The mainstream media is ACTIVELY trying to thrust America into a bloody civil war… and it’s succeeding! While the Washington Post calls for open violence, Yahoo News endorses the Antifa left-wing terrorist group.

It’s all headed toward open warfare in the streets.

Podcast Transcript: “So now it’s obvious to every rational person that America has lost its mind. Especially the American media, which is really the Left-wing mainstream media. Absolutely lost their minds. The Left-wing protesters have lost their minds, the radical Alt-Right nazi people have lost their minds. It’s like the extreme wings on both sides of the political spectrum have totally lost their minds – and much of the left the mainstream left has gone along with it. The mainstream media, social media, the tech companies … they have completely lost their minds. They are now pushing blatantly false bigoted racist supposed truths, such as the idea that all white people are racist or that all straight people are evil, or that any who support Trump are automatically KKK for example. Just completely insane absurd fact less, just blathering idiocy, from the deranged left at this point. The reason I wanted to share this with you is, because I want to talk about where this is going in terms of the the conflicts in the streets which are being allowed to happen. They’re being almost staged – you know engineered. The police are being told to stand down, the groups are being bussed in and the media will report nothing of the violence of the Left…” Listen to the full podcast below:

Mainstream media TRYING to start a WAR in America from NaturalNews on Vimeo.