Why CITIES Are DEATH TRAPS in the Coming Collapse (Video) 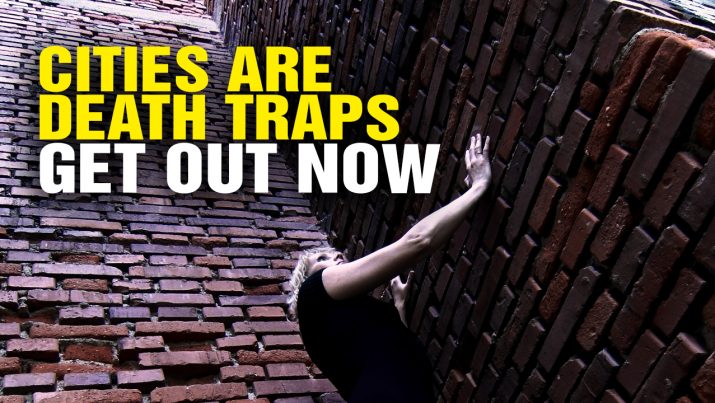 In the next great collapse, many cities will be abandoned by law enforcement due to the overwhelming numbers of gang bangers and violent criminals. Law enforcement will simply abandon the city, and instead of trying to halt the violence, they will focus on trying to CONTAIN it.

Podcast Transcript: “I want to revisit something that I mentioned – that sort of hinted at – about a year ago, but it’s come back as very important. It is from some of my law enforcement sources that cities, that the big long-term plan for cities – I’m talking about inner cities, rough cities like Baltimore, Houston, Los Angeles especially, and some others like Chicago, Detroit – you name it… The plan for these cities when the chaos really comes – when the food stamps don’t work anymore, when the economic collapse happens – the plan is not to go in and try to police those cities, but rather for law enforcement – including National Guard State Guard – to stand off and simply contain the violence of the city…” Listen to the full podcast below:

Get prepared now by reading Chaos.news or Collapse.news

Why CITIES are DEATH TRAPS in the coming collapse from NaturalNews on Vimeo.