Is the MEDIA to Blame for Mass Shootings? (Video) 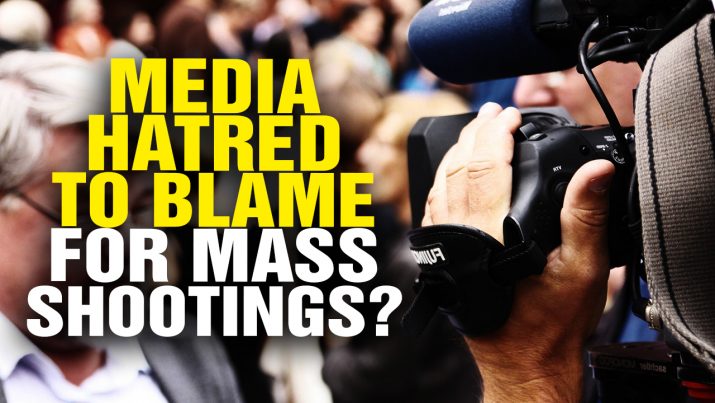 Does media hatred contribute to the violence and mass shootings in America?

Podcast Transcript: “The mainstream media has really become dangerous – a real threat to America. I think it’s the media hatred and the media narrative that’s behind a lot of this radicalization of Antifa, all this violence in the streets and perhaps even this Las Vegas shooter, Steven Paddock – who may have been radicalized by Antifa forces. We don’t know yet for sure, but that’s one of the possible theories that we’re working with. The media is so full of hatred. They just spew hatred every day. Hatred toward Trump, hatred toward gun owners and hatred toward America. The mainstream media operatives… Let’s face it, they’ve been either controlled by – or they are themselves – communists for the most part. They’re communists. They despise freedom, they despise liberty, the constitution and especially Donald Trump. Have you noticed how Donald Trump gets blamed for absolutely everything? He can never do anything right according to the mainstream media, even though if Obama did the exact same thing, Obama would be praised endlessly. Donald Trump goes to Puerto Rico to comfort the victims of the storm, the media attacks him…” Listen to the full podcast below:

Is the MEDIA to blame for mass shootings? from NaturalNews on Vimeo.