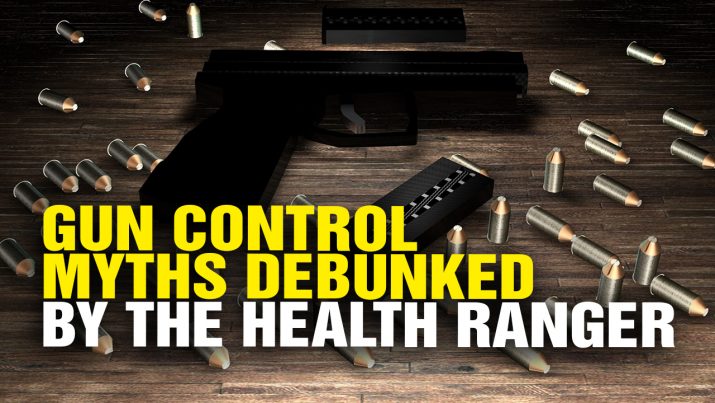 The Health Ranger debunks all the lies, deceptions and myths about guns that are being pushed by the fake news media.

Podcast Transcript: “I’m calling this segment Straight Talk on gun control. If you are in favor of banning guns or restricting gun ownership in the hands of private citizens, you definitely need to listen to this, because most people who are in favor of gun control honestly don’t understand what it is – what it means. Most people think that it’s eliminating guns – just eliminating all guns – sort of like making all guns disappear. They think that would be great. Nobody has a gun. Nobody can shoot anybody else. However, that’s not what gun control is. Gun control is concentrating or monopolizing all firearms firepower in the hands of government, while denying firepower to the citizenry. Now what’s fascinating about this, is we live in a time when the political Left believes that Trump is a fascist. Now of course that’s total nonsense, but let’s go with their narrative here for a second just for illustrative purposes…” Listen to the full podcast below:

Gun control myths debunked by the Health Ranger from NaturalNews on Vimeo.