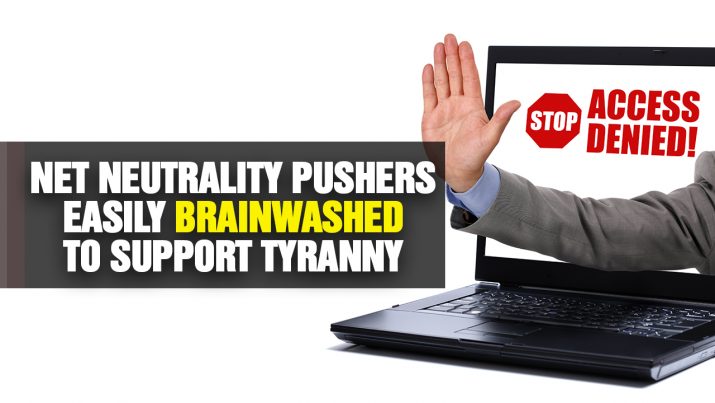 The Health Ranger explains why all the people who freaked out over the reversal of Net Neutrality were BRAINWASHED and uninformed.

Podcast Transcript: “Let’s talk about net neutrality for a minute, because this is one of those issues that really demonstrates how easily the masses can be whipped up into a frenzy over a non-issue – as you may recall. Just a little bit of background. So, the internet launched back in the 1990s without anything known as net neutrality. It existed that way for over 20 years until the Year 2015, when Obama put in place so-called net neutrality – which was FCC regulation. I think it’s titled to regulation of the Internet. That existed for a couple of years until the present day when Trump’s FCC rescinded that regulatory oversight and took away net neutrality. Now, that’s the factual background. No one can argue with that. That’s what happened. That’s how it was. Most of the history of the Internet has seen incredible growth, incredible success of the internet without anything like net neutrality…” Listen to the full podcast below:

Stay informed at Computing.news and Censorship.news

You can also listen to this podcast at Bitchute.